Could nerves be getting in the way of what you deserve?

When somebody says ‘public speaking’, one of the images we immediately create in our heads is of someone standing on a stage speaking to a large group of audience, like a Ted Talk or a Live At The Apollo gig.

Although that is a form of public speaking, it is not the only representation of it. Public speaking can be defined as talking in front of a live audience, therefore all face-to-face and video calls are in fact ‘public speaking’.

When you speak to your boss or to your friends, you are in fact public speaking because you are talking whilst there is an audience in front of you.

Not all public speaking scares us. Saying happy birthday to our grandma or talking with a group of mates is as easy as pie. Public speaking fear strikes in the form of nervousness when there is something perceived to be ‘on the line’ – such as a pitch to a client, a job interview, a call with a customer and even for men when they go down on one knee!

As I mentioned, nerves strike in these scenarios because we have perceived something huge at stake. Many of us are resigned to spending our lives with such fears and nearly all of us would say its normal.

It is normal, but bed wetting for a child is also normal but that doesn’t mean it’s a good thing and should be accepted! Public speaking fears and nerves are probably holding you back from being the best version of yourself. Wouldn’t you want to be the best you could be?

Here are some interesting stats I found on fears in general, but it is important to note that according to this research the top fear for the United Kingdom is public speaking, so many of these are down to the nerves we get before a big meeting, call or presentation.

You definitely should not be resigned to losing out on your dream job over a fear that is manageable. I won’t say public speaking fears can be erased permanently because they are largely linked with our biological make up, but we can do a lot to control and subdue them before a big talk or speech. Think about how happy you could be, and how your much your life could change for the better, if you could land what would be the best job on the planet for you!

The fear of public speaking means you might not be in the position you deserve or the salary that you’re entitled to. Lesser qualified people could be getting promoted before you or have a greater client/customer acquisition rate and be in a better standing with the bosses simply because they are able to present themselves with confidence and speak clearly.

I am starting to pick up a little trend here! A fear of public speaking seems to be affecting Britons’ professional life rather than social or personal life, which makes sense. We find it easy to talk to people we are comfortable with and those who we know won’t judge us. But suddenly put us in a (digital) room full of people who will be hanging on our every word and analysing everything we have to say, we become nervous and edgy.

You can overcome your fear of public speaking

As I alluded earlier, nervousness before a meeting is down to our biological make up. Our subconscious brain, which is not intelligent enough to perceive the reality of a situation, activates our flight or fight response when in these situations. The brain gets ready for us to run – literally run! because it perceives the meeting or the interview as an actual threat to our life. As a result it puts in place many biological and bodily processes that then makes it even harder for us to do our big talk. You can find out more in my podcast ‘Don’t Let Your Nerves Detail You’

I’ve worked with senior leaders and politicians over many years helping them deal with nerves – yes even those at the very top of their field get nervous. I’ve packaged this into an Online Public Speaking Masterclass, which shares my decades of experience working with such high ranking individuals in just three hours  worth of video coaching. If you stick at it, you’ll become a much more confident speaker in a little over a week. Find out more about the Masterclass.

Just before I forget, if you are interested in reading more about the research on fears, you can do so on this website.

“Robin is a highly skilled coach; he’s great fun with natural warmth. He has plenty of practical advice (often delivered through fascinating & funny stories). He really helped me rethink how I talk about myself and how best to articulate what I want to do next. Thank you Robin!” 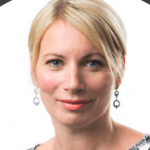