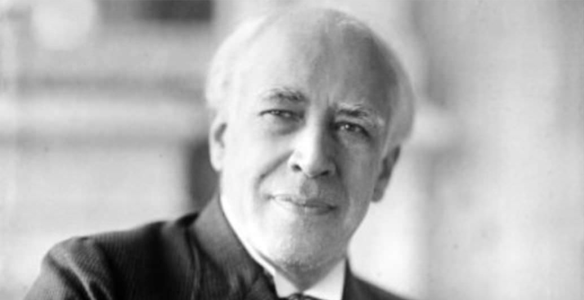 What can the Stanislavski Method School of Acting teach us about making speeches?

You’ve probably heard of the Method School of Acting – popular with actors like Dustin Hoffman, Daniel Day-Lewis and Meryl Streep.

Konstantin Stanislavski was a Russian actor and acting teacher, born in 1863. But what he tells us about acting is also highly relevant to business leaders today. I’ve chosen five of his methods that are particularly helpful when making a speech.

An actor using the Stanislavski Method would first work out what the given circumstances for the character are. Who am I? What do I want? What do I have to do to get it? From this base level, an actor can explore how the character might react to the situations they face.

It’s often good to establish common ground at the start of a speech. Dale Carnegie, in his wonderful book How to Win Friends and Influence People, suggests starting a speech with three statements that the audience will agree on. For example, ‘So, we are here in London. It’s Wimbledon week. And, of course, it’s raining!’ All these statements are true and so the audience will agree with all of them. These are the Given Circumstances. Agreeing in this way produces serotonin in the brains of the audience, which will make them more receptive to your talk. You could then go on to say, ‘And we’re here today because … ‘

The actor would work out what the overall objective of the character is at the start of the film or a play. In a romantic comedy, for example, it might be to get married. This would be their Super Objective. There will be other objectives, such as trying to get a promotion at work or repainting the bathroom, but it’s always good to know what your Super Objective is – your overarching intention or desire.

I was working with a CEO who was about to address two-and-a-half thousand store managers and I asked him what his main point was – his Super Objective. He said, ‘Well, I’m giving a sort of update.’ So I said, ‘OK, we need to know what your Super Objective is. What is your overarching theme?’ This is really important when giving a speech because it will set the tone at the start and maintain a consistent narrative throughout.

For actors, it’s vital to be specific about emotions. Amateur actors will often look at a scene and say, ‘This character is angry.’ And then they will play generalized anger for the whole scene. But it’s more interesting to look at why they are angry. Perhaps they feel humiliated, powerless or foolish.

Knowing your objective is vital when giving a speech. I was once working with a client who said he had a great opening for his speech: ‘We need to work harder.’ But I said that an audience might be confused. They could wonder who they should be working harder than. Or should they be working harder than they currently are? Saying this is also likely to annoy most of them because they probably feel they’re working 24/7 anyway! So, if we are clear about our objectives, our intentions, then we are more likely to have the right outcomes.

4. Breaking it down into beats

It can feel overwhelming for an actor about to start work on a three-hour dense theatrical text. But breaking everything down into beats, or units, makes it easier to get a handle on things. So, if a character was about to propose to his partner, the ‘about to propose’ section would be one beat, and the ‘actual proposal’ would be the second beat. Then, if halfway through, the character decided not to carry on with the proposal, that would be the third beat. This clarity of beats allows the audience to follow the emotional state and thinking of the character.

Just as in a play, we want to have highs and lows, light and shade. It’s very helpful for a speaker to break up a speech into beats. Each section will have a different flavour and a different intention. One beat might be about your enthusiasm for a new project. Another beat might be about a difficulty in your supply chain. And, of course, even the ‘welcome’ section is a beat on its own. The emotional clarity, and clear change of beats, will make it easy for the audience to follow you and encourage them to keep listening.

5. Keep it relaxed and truthful

If you think of most great performers, whether they are actors, singers or circus acts, they are relaxed. And they are confident, knowing that they have mastered their craft. In other words, we feel safe with them. We sense that the actor will not forget their lines or that the singer’s voice will not crack on the high notes. And once we relax and feel safe with them, we can start to believe the emotional truth of the situation.

We want our audience to listen to us and not be distracted by any nervous tension we show; because only then can they listen to our message cleanly. Of course, an audience always has the right to disagree with our message, but they want to believe that we believe what we’re saying. If we are both relaxed and truthful, they are more likely to trust both the message and the messenger.

So the next time you’re crafting a speech, have a think about Konstantin Stanislavski. He’s not just there to help actors, he’s there to help anyone wanting to connect truthfully with their audience.

“Robin has wit, charm and professionalism. The auctioneers loved it!” 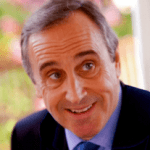